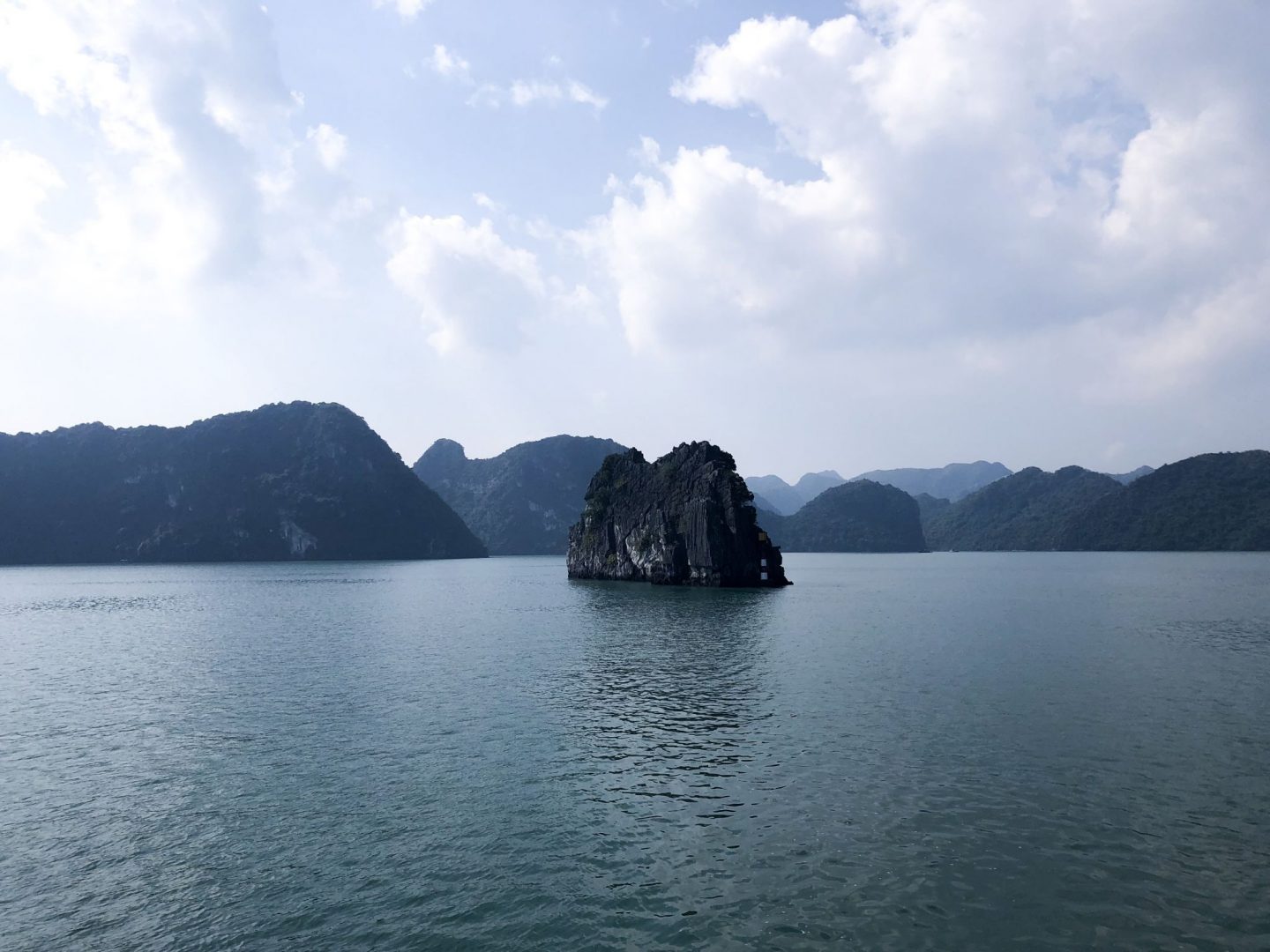 Lately, I have been feeling a little run down and like I could use a mental and physical break. Daydreaming about my ideal situation had me reminiscing on the time my friend, Arianna, and I tried to take a break of our own.

A little while back, Arianna and I went to Northern Vietnam. First to Hanoi and then to Ha Long Bay. Long Bay is known for its beautiful limestone rocks so the thing to do is to participate in a cruise that way you can enjoy the scenery. The cruise is usually a yacht of some sort equipped with hot tubs, activities food. After weeks of traveling, we were worn out and wanted a break but felt like we couldn’t waste a weekend so we compromised with the cruise. What we thought would be a nice relaxing cruise around a pretty bay turned out to be a full-on booze cruise.

It took us longer than it should’ve to realize that it was a booze cruise. I don’t remember exactly when it dawned on me. Maybe it was when our guide said, “and then you will party until 5 a.m.” or when a girl told us she had already drunk six beers 45 minutes into our cruise. Or perhaps, it was when I saw that laughing gas was an option on the menu.

If there are two things I really hate in the world it is planned activities and “wedding music”. As you can guess, both happened. Our expectation was to tan in the sun and stare at the rocks, but instead, we were constantly ushered around the boat with “activities” like shots while jumping off the boat, drinking while jumping on a trampoline and beer “yoga” — which they described as “drinking a lot and stretching every five minutes.” When I say wedding music, I mean the kind of music you expect to hear at a wedding. Painfully cliché songs that tell you how to dance — The Electric Slide, Macarena, YMCA, you get the point.

You might be thinking to yourself, well why didn’t you just say no to the drinking and do what you want? Well, we tried. A lot. Every time we left the group we were harassed and peer pressured into activities. There were many times when we literally tried to hide. For some, this boat may have been really fun, for us, it was our personal hell. We were tired. All we wanted to do was relax and look at the limestone rocks. We hadn’t mentally prepared to be with 30, very intoxicated, mid-20-year-olds. There was another boat owned by the same company that had an older crowd. Every time we saw their boat, everyone on our boat would laugh at them… except for us. Arianna and I would look at each other and sigh, wishing that we were on the other boat.

When the guy that looked like he lived on a beach began drunkenly making out with the girl who, earlier, took off her top and yelled “free the nipple” on our four-hour bus ride home, I was done. I had reached my tolerance level. I thought to myself, Annabelle, you’re just having a bad experience, I’m sure you will fondly look back on this experience.

But here I am thinking about this three months later.

Truthfully, not all of it was terrible. There were some parts of the cruise that we enjoyed. We kayaked through the bay and spent some time looking at the rocks. We did not partake in drinking until sunrise and went to bed at midnight instead — in bed by midnight is definitely a win.

The moral of this story is to take a break when you need it and to not compromise on your physical and mental health. But also, don’t ever book an activity without doing a lot of research or you may end up on a booze cruise.