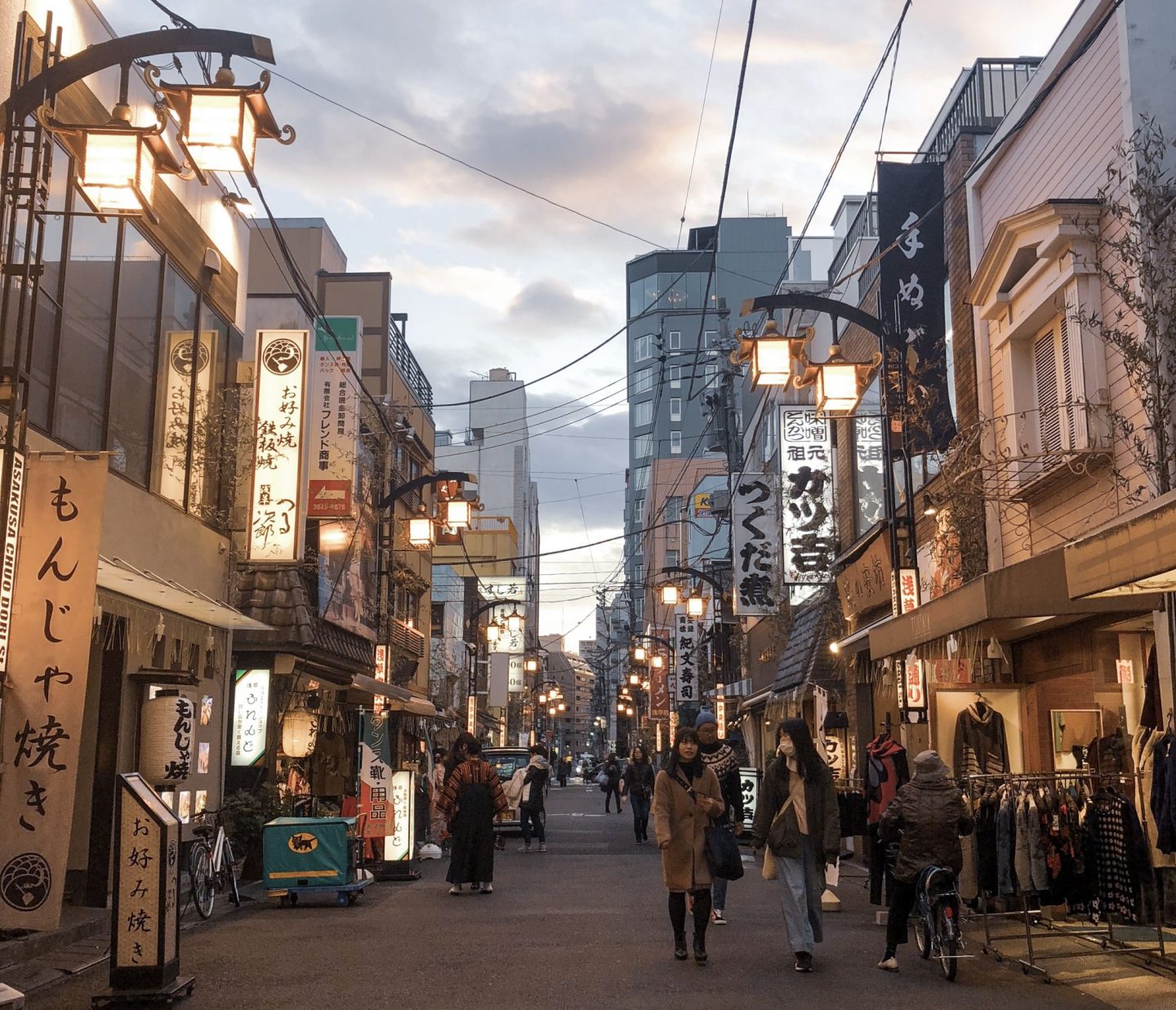 Calm down dad, it’s not what you think.

My cousin and I decided to partake in the cultural experience of bathing in an onsen. An onsen literally means hot spring — in our case, it meant bathing in a public bathing facility. Sounds weird? Well, it gets weirder… So onsens are meant to be experienced naked. I’m pretty confident, so I wasn’t too concerned about being naked in front of strangers. Little did I know that is not the most challenging part of an onsen.

The onsen is located in the Asakura district. We walked from the station down an alley and then through another super sketchy alley. I was unsure if we were in the right area until I saw a group of people enter the building. Upon arrival, we chose to buy “large” towels. I can’t imagine what the small towels looked like because the “large” towels were no larger than the size of a hand towel — I guess that’s intentional so you have no choice but to embrace the nakedness. Jatsuyu was divided into two sections: men and women. Some onsens have a communal area, however, this was not one of those. I was somewhat limited to where I could go due to my tattoos.

So back to the nakedness. Getting naked was easy, however, it never dawned on me that I would be seeing OTHER people naked. It wasn’t until I walked into the bathing area that I realized people were super naked.

First, we had to take a shower and scrub ourselves before getting into the baths. Seemed a little redundant at first but ultimately it became very clear that it was necessary.

After we showered, we tried the “electric bath”. Around the bath were various jets for people to enjoy. It felt as though your entire body was vibrating with electric impulses. I really enjoyed it, Mary did not.

Next, we went to an enclosed outdoor area where there were two baths. One with FRIGID black water and the other was essentially a normal hot tub. As a spa connoisseur, I knew that this area was for contrast bath therapy. There are health benefits to contrast bath therapy, none of which I know of, all I know is that it feels awesome.

It took me a minute to be comfortable with everyone being naked. You can’t not look because there are naked people everywhere, but you can’t look too much because that’s weird. When a stranger would talk to me I was forced to have very direct eye contact.

Once I accepted the fact that everyone was looking at each other it got easier to relax. I noticed that older women were clearly onsen veterans. They moved swiftly between the baths seemed very knowledgeable about the process. The younger women moved slower and with hesitation.

That day I saw all the stages of my future body. I saw what my body would look like in ten, twenty and even fifty years. In a strange way, it was eye-opening. The women came in all shapes, sizes, had scarring, plastic surgery and some were survivors of breast cancer. I admired the confidence of the onsen women and appreciated the liberating nature of the experience.

When I left the Onsen, I felt relaxed and insanely clean. I think that I had removed layers and layers of Bangkok dirt and sweat — ironic because I went back to Bangkok two days later.

Would I do it again? Sure. In the meantime, I’ll have to satisfy my urge for public nudity by attending naked yoga in New York City or maybe I’ll join a nudist colony in California.